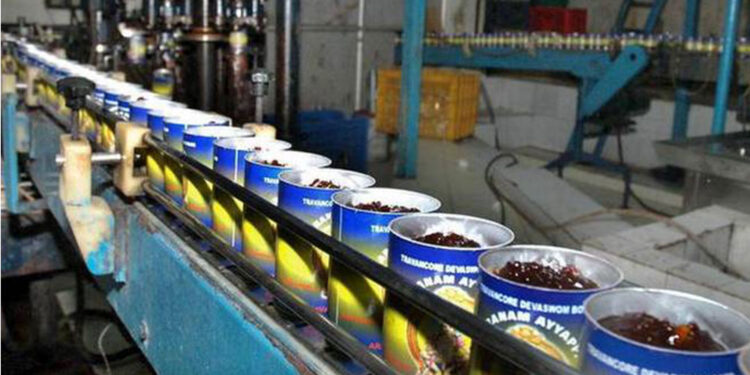 Pathanamthitta: Aravana distribution has been resumed in Sabarimala with new batch of jars of cardamom-less prasadam. The distribution began at 3 am today. The preparation of cardamom-free aravana was under the supervision of food safety officers. The food safety department had already sealed 7,071,59 unit aravana that contain cardamom.

The High Court last day halted aravana sales over pesticide levels in cardamom. The court’s decision to halt the distribution of aravana was based on the report of the Food Safety and Standards Authority of India(FSSAI), which confirmed that the cardamom used in the preparation of aravana to flavour the payasam contained 14 types of pesticides, exceeding the maximum residue limit (MRL) indicated in the Food Safety and Standards Regulations.
FSSAI had submitted its report along with the test report of the Kochi Spices Board Laboratory.

FSSAI’s intervention was as per the direction of the court. The Food Safety Commissioner had earlier produced a report on the poor quality of cardamom use in the aravana payasam in Sabarimala.